Dahn Yoga: scamming folks in NYC, Boston, and beyond 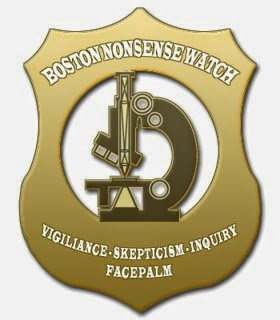 Over at Gawker, writer Cat Ferguson has added a new installment to the Cult Rush Week series, titled "I Punched Myself at Dahn Yoga." A snippet:


On its face, Dahn yoga is not very scary. It is a vague combination of yoga and tai chi that promises practitioners they will "experience the transformative power of energy." But the cult is championed by shady "Grand Master" Ilchi Lee, who is described as "a global educator, mentor, and innovator devoted to teaching energy principles and developing the full capability of the human brain," but was also the target of a 2010 lawsuit that accused him of preying on young recruits, brainwashing members, and fraud.

Ferguson was dipping into Dahn down in NYC, but we've got our own Dahn locations here in the Boston area: Arlington, Cambridge, Brookline. If you keep your eyes peeled, you'll see Dahn brochures occupying choice street-facing locations in store windows all over town.

Here's what I do when I see one of their stand-up brochure holders: I duck into the establishment -- nail salon, grocery store, what have you -- and breezily tell the clerk that I'm "here to pick these up." Then pick them up I do, leave, and then and, just like I do with Maum flyers, I throw them away in the first trash receptacle I see. Lest you think I'm on the dole for Scientology, let me set the record straight: I'm not favoring one scam cult over another. It's just that Scientology is more about palm-cards than brochures. I simply can't conscience the marketing of yet another pseudo-scientific, pseudo-spiritual extractive industry in our fair city, so, sorry Dahn yoga, they've got to go.

Read Ferguson's full post over at Gawker to learn more about the Dahn experience (tldr; they want your money), or check out these informative links:


Boston Nonsense Watch is a free service of the Boston Atheists.
Posted by Zachary Bos at 10:59 AM