@Oprah and @OWNTV, won't you tell your audience that atheists have feelings too? #atheistawesome 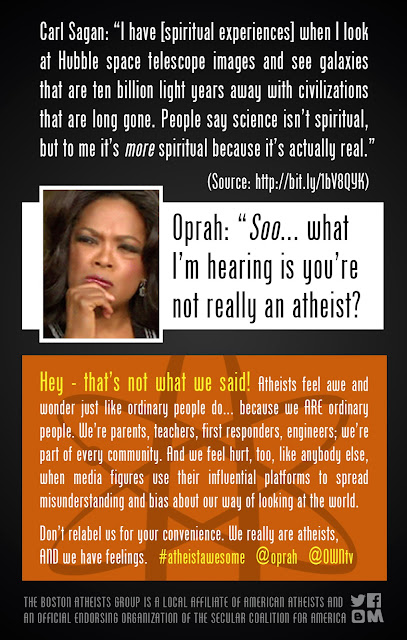