@Oprah and @OWNTV, any time is a good time to apologize for insensitivity. #atheistawesome 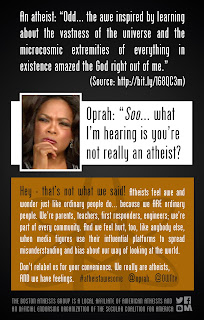