@Oprah and @OWNTV, when you deny someone's identity, you dehumanize them.. #atheistawesome 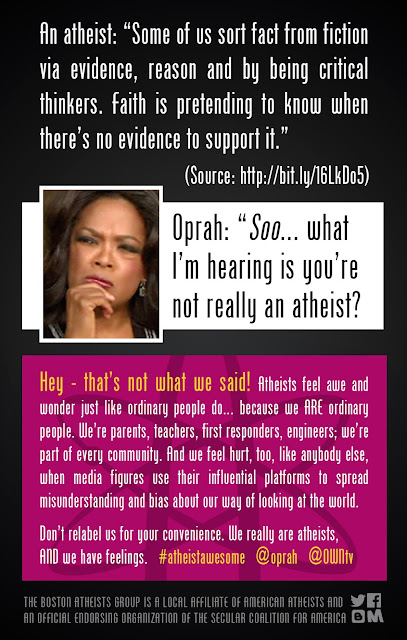