@Oprah and @OWNTV,  the damage done by thoughtless words can be undone with dialogue.  #atheistawesome 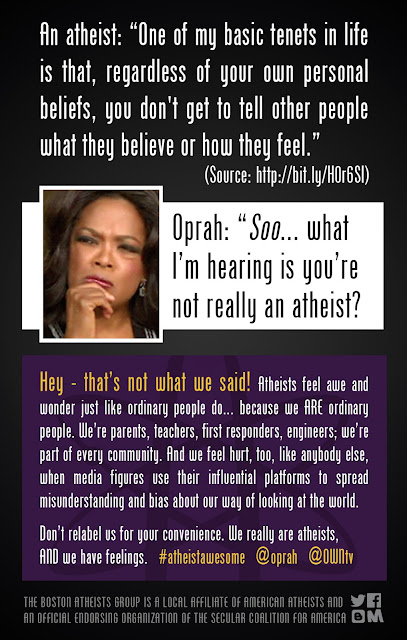