@Oprah and @OWNTV, a lot of people were hurt when you denied your guest's atheist identity.  #atheistawesome 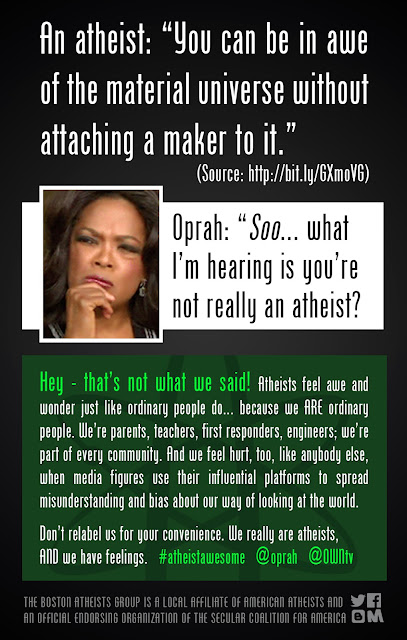