@Oprah and @OWNTV, do you know how many of your viewers and readers are atheists?  #atheistawesome 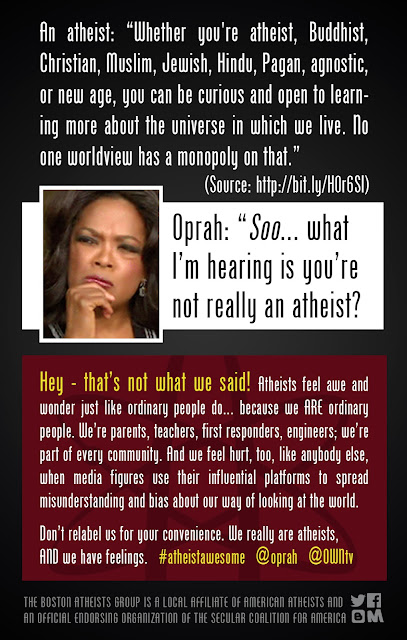